BARCELONA players are reportedly angry with Joan Laporta after he publicly criticised members of the squad.

The team is performing well on the pitch and Barca are top of LaLiga but Laporta took aim for a different reason.

The club president is disappointed some players chose not to take a pay cut in order to help the club register summer signing Jules Kounde.

The centre-back was eventually registered as a player but only a month after signing, so he missed the start of the season.

Laporta revealed several players were asked to agree to a reduction so the club could come up with the £8.7million needed to register Kounde.

He said: “We have tried it with several players and not only has it NOT come out but we have had to guarantee the £8.7million that was missing. 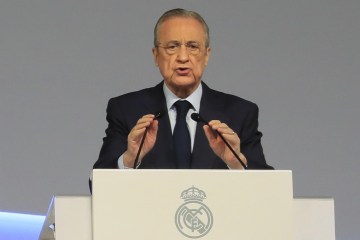 “If there had been reductions of some players, that guarantee that we did should not have been made, we accepted it with sportsmanship.”

According to Cope, those comments have not gone down well in the dressing room.

After all, some players such as Gerard Pique have already agreed to take significant salary cuts.

Frenkie de Jong is also still waiting to be paid back the £17m he is owed after deferring his wages to help Barcelona cope with the financial hit the club took during the pandemic.

The Barca squad are also believed to be perplexed by the timing of Laporta’s comments with big games against Inter Milan and Real Madrid coming up this week.

Rivals Real are level on points with Barca which makes Sunday’s trip to the Bernabeu an even bigger game for the Catalans.