BARCELONA must beat Inter Milan if they are to stand a chance of qualifying for the knock-out stages of the Champions League when they host the Italians on Wednesday.

Xavi’s side fell to a 1-0 defeat in the most unfortunate circumstances at the San Siro last time out, conceding to a wonderful strike before having a goal disallowed and being denied a late penalty by VAR.

Barcelona, currently third, are three points behind Inter and a loss at home could all but signal the end of their Champions League campaign. 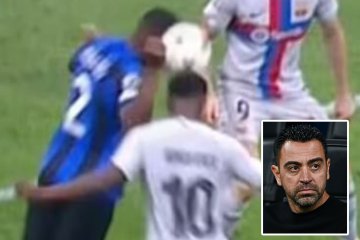 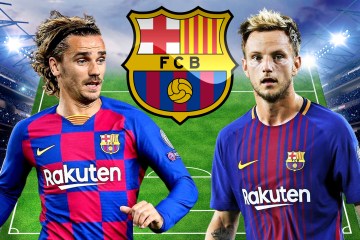 What time does Barcelona vs Inter Milan kick off?

What channel is it and can it be live streamed?

Andreas Christensen picked up an injury at the San Siro to add to their worries, with up to six players potentially missing out when Inter come to Spain.

Frank Kessie has also been added to the sidelines, alongside Hector Bellerin, Ronald Araujo, Memphis Depay and Jules Kounde.

Frenkie de Jong has returned, coming on as a substitute against Celta Vigo at the weekend and could be trusted from the start against Inter.

The Italians are hopeful of having Romelu Lukaku back for the trip as he recovers from a thigh injury.

Marcelo Brozovic and Joaquin Correa were both out of their 2-1 victory against Sassuolo and could miss the action once more on Wednesday.

BBC Breakfast viewers have a big complaint about host's outfit

*Odds courtesy of Betfair and correct at time of publication.