How many goals has Barcelona star Robert Lewandowski scored for Poland?

ROBERT LEWANDOWSKI has been one of the most prolific goal scorers in Europe of his generation.

The Poland star became one of the greats during his time at Bayern Munich after joining from Bundesliga rivals Borussia Dortmund.

Netting 344 goals in 375 appearances for the Munich side, Lewandowski was one of the top performers at club level.

He has now joined Barcelona and will be hoping to keep the goals coming for Poland during the 2022 World Cup. 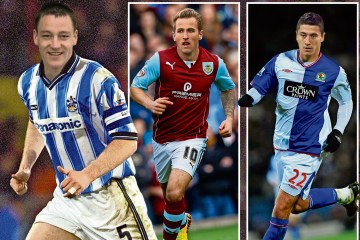 How many goals has Robert Lewandowski scored for Poland?

Lewandowski made his Poland debut in 2008, two years before his move to Dortmund.

During his time with Lech Poznan, a young Lewandowski had clearly impressed to earn a chance in his national side before he departed his native country, scoring 20 goals in 41 games for Poznan.

The forward has since earned the captains armband for Poland and leads by example for the national team.

GOING FOR THE KYL

Lewandowski is the most capped Poland player of all time, with 134 matches under his belt at the time of writing.

He also holds the record as Poland’s all-time top scorer with 76 goals during his time in the national team.

The Barcelona forward will be looking to add to these stats during the World Cup in Qatar as they face Mexico, Saudi Arabia and Argentina during the group stages.