Leaked footage shows Barcelona boss Xavi telling players to ‘defend like animals’.. before they throw away lead to Inter

BARCELONA players appeared to ignore the warnings and instructions of manager Xavi at half-time in their draw versus Inter Milan.

The Catalan giants were 1-0 up at the break and footage has revealed what Xavi said to his side in the Nou Camp tunnel.

He shouted at his team to “defend like animals” and made them aware of the Inter goalkeeper playing long balls.

However his directions seem to fall on deaf ears as Inter scored three second half goals as the match ended 3-3.

Xavi said: “When (Andre) Onana – Inter’s goalkeeper – has the ball, you all have to come back and defend like animals.

“It will happen. When Onana has it, they kick it long. 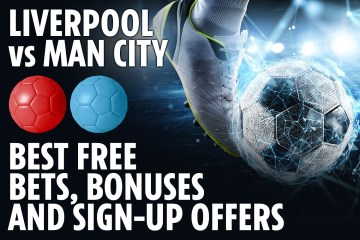 “They did it once already and you guys were stuck on the wing, god damnit. Come back to defend… come back.”

Despite the warning Barcelona still conceded goals as a result of not defending the long range passes.

Their second netted by Lautaro Martinez also came from a long forward pass played up to the striker.

To frustrate Xavi the most, the move for the third goal scored by Robin Gosens started with a long boot up the field by goalkeeper Onana with the Barcelona defence caught up the pitch.

The draw significantly dented Barca’s hopes of progressing in the Champions League as they now sit four points behind Inter in second place with two games remaining.

They will need to get results versus Bayern Munich and Viktoria Plzen while hoping the Serie A side slip up.

Barcelona face bitter rivals Real Madrid at the weekend in the El Classico as they look to respond from the disappointing draw with Inter.

You Can Do It Messi