MANCHESTER UNITED target Frenkie de Jong is reportedly “disgusted” by his situation at Barcelona and looks set to quit the club.

The Dutchman, 25, was at odds with Barca in the summer over millions in wages still owed to him.

De Jong was slapped with an ultimatum to either leave or take a major pay cut.

And that led to a fee between United and Barca, which would have seen the midfielder reunite with old Ajax boss Erik ten Hag, worth £72million being agreed.

But despite the financial dispute, Barca and De Jong appeared to repair the damage to the relationship – something the player wanted all along – after he refused to leave.

However, since he turned down the move to United, De Jong has now found himself playing back-up in Xavi’s squad at the Nou Camp.

PartyCasino offer: How to claim an incredible 120 FREE SPINS on Starburst 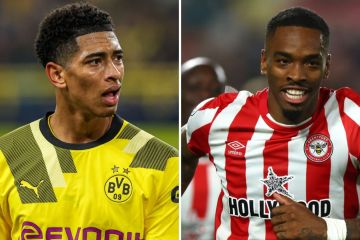 He has only appeared as a substitute in their last two matches and Spanish publication Sport is claiming that the Netherlands international is “disgusted” with his role.

They face bitter rivals Real Madrid in El Clasico at the Bernabeu on Sunday.

And this latest report states that he will be “very unhappy” if he is not selected to start.

De Jong is desperate for more game time before the World Cup gets underway in November but has found himself behind the likes of Sergio Busquets, Gavi, and Pedri in midfield.

Now he is allegedly refusing to rule out a January exit from Barcelona should nothing change.

That will provide some encouragement to United as they continue to chase the star.

Despite bringing in Casemiro, Ten Hag is still desperate to add his compatriot to his ranks at Old Trafford.

Now he and United’s transfer chiefs will be watching De Jong’s situation with a keen interest over the coming weeks ahead of the winter window.