BARCELONA boss Xavi has vowed to walk out on the club if he believes he is not the man to take them forward.

The Catalan giants slumped to a dramatic 3-3 draw with Inter Milan in mid-week – leaving their Champions League hopes hanging by a thread.

Xavi chats with reporters ahead of today’s El Clasico[/caption]

But the former midfielder, who succeeded Ronaldo Koeman as boss in November last year, has bullishly defended himself going into today’s crunch El Clasico clash with Real Madrid.

He said: “I think it’s my way of being, I’m an optimist from birth and I believe in work and evolution.”

Xavi then added: “In LaLiga we are doing very well, we are tied and leaders in the standings. I can continue to be optimistic. 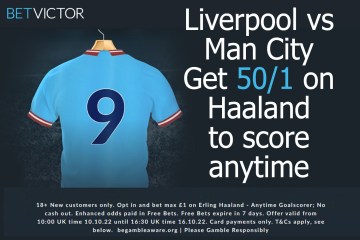 “I’m very cute and stubborn. And I’d like this to turn out well and I won’t stop working and insisting on what I do.

Barca go into today’s crunch match at the Bernabeu top of LaLiga on goal difference.

JOIN SUN VEGAS: GET A FREE £10 BONUS WITH 100s OF GAMES TO PLAY AND NO DEPOSIT REQUIRED (Ts&Cs apply)

Xavi, a veteran of many El Clasico clashes, reckons that form goes out of the window when these two teams cross the white line.

He said: “This is unpredictable. It’s the game that gives less importance to the previous one.

“You’re so focused on this one that you forget about the previous one. It already happened last year.

“We can’t predict anything. We’ll try to win the three points.”

Xavi’s old pal Andres Iniesta revealed that he dreams of returning to Barca as manager one day.

The 38-year-old, who plays in Japan for Vissel Kobe, told Gazzetta dello Sport: “I’ll continue at Vissel Kobe for another year… and then we’ll see. I would love to return to Barca.

“It’s my home, but I still don’t know in what way: head coach, sports director or something like that.”