Why are Barcelona wearing Drake’s OVO owl on their jersey against Real Madrid?

BARCELONA are sporting an unusual logo on their kit when they face Real Madrid in El Clasico and everyone has the same question – why?

The La Liga giants announced a partnership with music streaming service Spotify earlier in the year in a long-term deal.

Xavi‘s side usually take to action donning a gold version of the Spotify logo on their kit as part of the partnership.

However, against Real Madrid, Barca are donning an unusual logo, with an owl appearing front and centre on their jerseys and the reason for this has been revealed.

IN FOR THE KILL 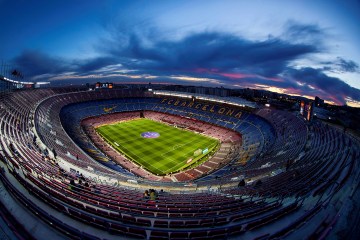 Why are Barcelona wearing Drake’s OVO owl on their jersey against Real Madrid?

Barcelona’s sponsorship with Spotify has opened up endless opportunities for the La Liga side after the long-term deal was announced.

With the Camp Nou reportedly set to be renamed, and as Spotify are looking to take naming rights, the partnership has also allowed for a unique change of jersey sponsor.

The OVO owl is the logo of Drake’s brand[/caption]

Xavi’s team will only sport the OVO owl on their kit for one match, and a big one at that against Real Madrid.

With music artist Drake making history, becoming the first artist to reach 50 billion streams on Spotify, Barcelona opted to wear the OVO owl on their jersey in El Clasico to celebrate his success – the owl being the symbol of Drake’s brand.

Barcelona explained the reasoning for this, stating that they are looking to bring football and music together with the sponsorship.

They wrote: “One of the main ideas behind the alliance between FC Barcelona and Spotify is to bring football and music together in order to connect with new audiences around the world.

“As both are capable of bringing people together and exciting fans, for the first time, the men’s football team will enter the pitch for Sunday’s Clásico wearing a jersey featuring the logo of an internationally acclaimed artist – rapper and singer Drake, winner of 4 Grammy awards and the first to surpass 50 billion streams on Spotify – rather than their main partner’s logo.”